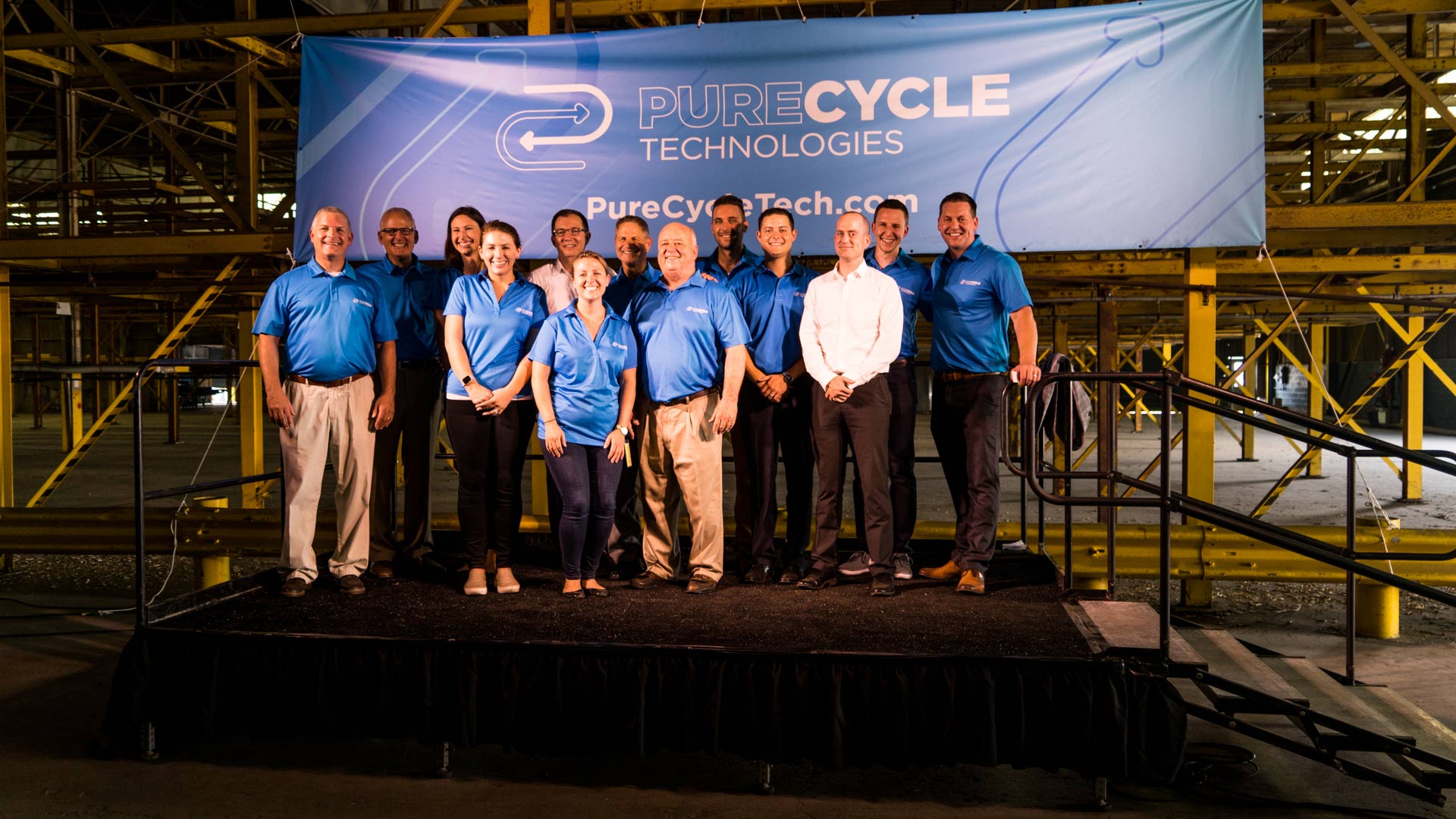 If you toss an empty yogurt container in a recycling bin and you live in a city where that type of plastic is recyclable, the container might end up as part of a park bench or flowerpot. Polypropylene, plastic with the No. 5 symbol, is a prime example of “downcycling.” Right now, it ends up as a lower-quality material when it’s recycled, so it can’t be remade into new packaging for food.

But a new recycling technology could change that. PureCycle Technologies, a company that is currently building a commercial recycling plant in Lawrence County, Ohio, and just announced a new partnership with Nestlé, uses a new process that turns old polypropylene into a virgin-like material. The standard recycling process grinds up colored plastic to create a dull gray or black material that has few uses, which means that there’s little demand for old toys, packaging, carpets, or other polypropylene products that could be recycled. At the moment, of the millions of tons of the material produced each year, less than 1% is recycled.

“The core issue is the fact that you can’t make higher-value products using historical techniques for recycling,” says Mike Otworth, CEO of PureCycle Technologies. “It’s like anything else–the demand isn’t going to be very high for something if the resulting product value is very low. We’re really trying to change that paradigm in polypropylene by enabling companies to be able to now make higher-value products.”The company’s new technology, which was developed at P&G and then licensed to the startup, melts down plastic and then uses a gas solvent and filtration to separate out dyes, odors, and other contaminants, resulting in a clear material that looks like new plastic. Unlike some other new recycling tech, it doesn’t use chemical reactions. “That requires a lot of energy, typically, and so it’s difficult to make it economically feasible because you’re introducing a lot of costs into the process,” says Otworth. “Our goal from the beginning was to be able to make a product that had properties very close to virgin resin, but could be sold at price parity with virgin resin.”

The process also works with materials that are unlikely to be recycled now, from carpet backing to film. “Right now, with mechanical recycling, everybody really competes very hard for what they view as the good stuff,” he says. Light colored, clean materials–say, clear plastic coat hangers–are in demand. But PureCycle can work with a much broader range of waste.

It’s one solution to a recycling challenge that has grown as China, long the world’s dumping ground for plastic waste, stopped accepting several types of trash, including recycled plastics. (Other countries in Southeast Asia followed with similar bans after they were flooded with trash in the wake of China’s policy change.) In some U.S. cities, plastic from recycling bins now ends up in landfills. Sacramento, California, stopped accepting polypropylene last year. In other cities, like Philadelphia, recyclables like plastic are now incinerated. By giving waste plastic more value, it’s more likely that the material will be recycled, and it’s also more likely that plastic will be recycled closer to the consumers who are throwing it out, rather than shipped across an ocean.

PureCycle’s first recycling plant will be able to recycle 119 million pounds of polypropylene, creating demand for nearby recyclers to begin to separate out the material. “Waste processors aren’t going to make the capital investments to pull it out if they don’t have consistent demand with reasonable volumes, and so that’s where we hope to create a bit of a transformation in the supply chain,” says Otworth.

The product it will produce at the new plant is already in such high demand that it has been pre-sold for the next 20 years. Nestlé, which has a goal to make all of its packaging recyclable or reusable by 2025, and which also aims to increase the recycled content in its packaging, announced today that it was partnering with PureCycle to help meet its goals. The recycling company also aims to quickly scale up globally, with plans to build 25 plants around the world.